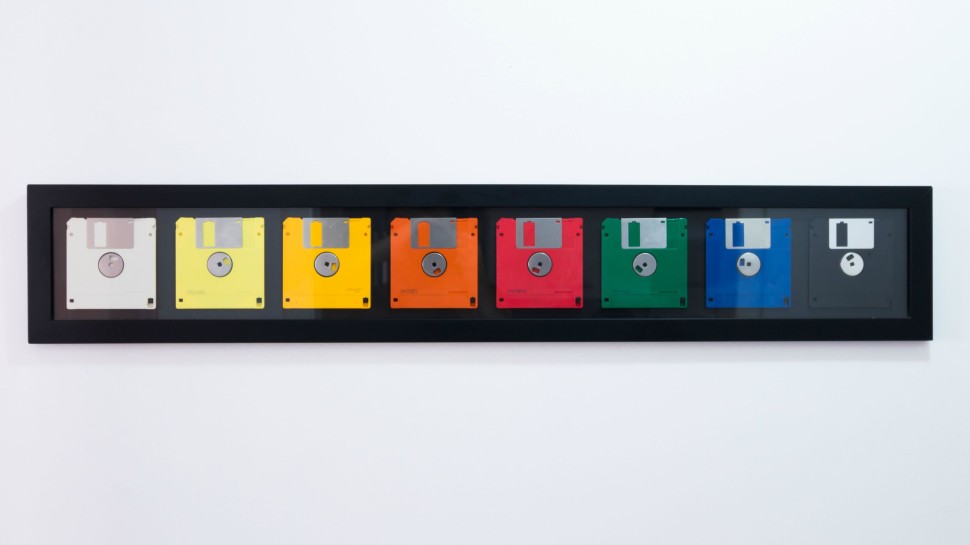 Floppy disks are all but a memory for most. They have gone the way of the tape cassette and VHS tape. I can remember back in the late 80’s and early 90’s shopping Radio Shack for 5 1/2 disks to feed my Commodore 64 1541 disk drive. The only issue was the 1541 could only write one side of the disk, so the backs of the disks were wasted. Disks were expensive a 3 pack would run $15 or more!

As luck would have it, a creative person would develop a solution to alleviate some of the pain my 15 year old self was suffering due to my full allowance going to floppy disk procurement.

This amazing little device simply punched a clean notch into the disk and allowed the drive to write to the back side of the disk in effect doubling your space. There were rumors” probably spread by the drive manufactures” that the backs of the disks were not reliable to store data, but in my experience they worked just fine 100% of the time. This was especially helpful for a teenage computer nerd on a budget. 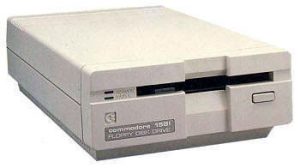 If you grew up on computers in the 80’s and 90’s you have probably seen a 3 1/2″ floppy disk. They were the next evolution in the floppy technology. Working on the 5 1/4″ disk, shrinking it down and increasing capacity. Most people didn’t realize that in the early years the 3 1/2 floppy only had a capacity of 720K of storage. It wasn’t until later the 1.44MB disks were released. This was toward the end of the Commodore 64 era. I was one of the lucky ones that purchased a 1581 Commodore drive. It was probably one of my best Commodore purchases!  (I still have it today) 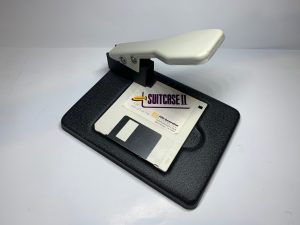 The 3 1/2″ floppy disk had the same problem as the 5 1/4″ in order to increase capacity to the full 1.44MB you had to punch a hole in the disk. You could simply take your drill and easily drill a hole in the disk or you could use the 3 1/2″ punch.  These are super rare! I did an exhaustive search on eBay and the Internet and was unable to find too many examples of them. I’m guessing 99.9999% of them have found their way into the trash at this point.

Again, back in the day this tool was worth its weight in gold! If fact it would pay for itself by punching 1 box of disks!

What to do with floppy disks now?

The floppy disk era is gone for good, so what can we do to keep what is left of our 3 1/2″ friend from winding up in the trash? Check out my cool recycling idea for 3 1/2 floppy disks. On sale now at GeekGearStore.com 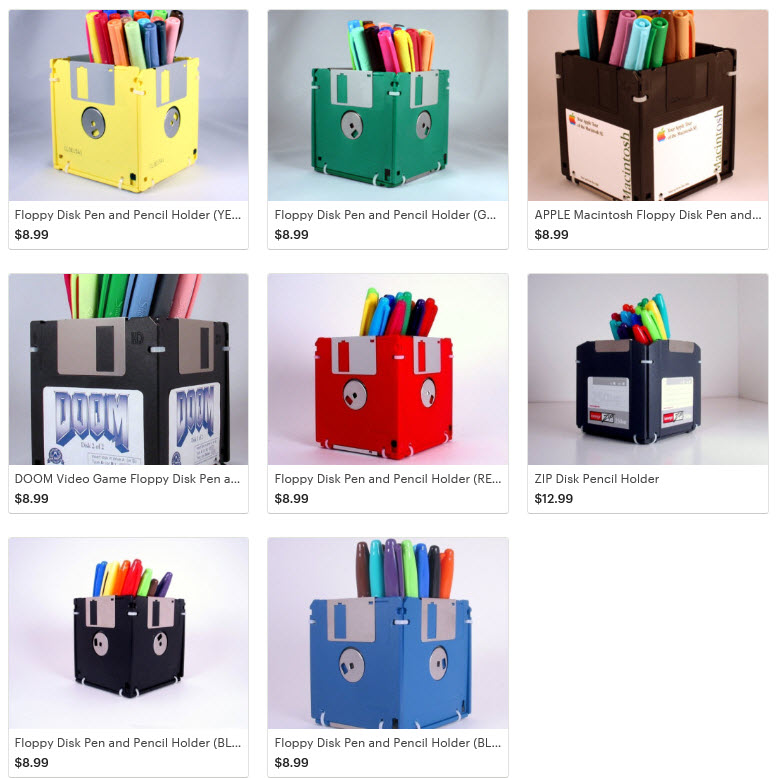