The Commodore 64 was not only one of my favorite computers it was my first computer. Over the life span of the C64 I broke quite a few of them due to the poor quality of early deigns. This may have been a good thing because it lead to taking them apart and attempting to repair the units insuring my life long love of computers and consumer electronics.

Sometimes I was successful at my repair endeavor and many times not so much. Repairing the Commodore 64 became as much a hobby as programming the computer.

If you still have one of these dinosaurs in your basement and want to fire it up to show the kids take a look at this great PDF file I found on the Internet. It could prove to be helpful. 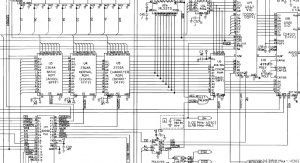 went out of production.  It is actually very complete with lots of hand drawn schematics and theory of circuit operation. Parts numbers and chip / port pin outs are also listed. Basically everything you need to troubleshoot and fix that old computer and fire up the BASIC V2 screen we all remember so well.

Side fact – The Commodore 64 has sold more units than any other computer ever manufactured. Somewhere between 20 and 30 million sold!

C64 Emulation is a great choice too.

If you don’t have any old hardware or if yours is broken beyond repair you can still experience 8bit computing goodness with a Commodore 64 emulator.

A Commodore 64 emulator is software that allows a PC or Mac (or even a smart phone / tablet) to become an old C64.

Our computers are so powerful now it doesn’t take much to run and emulate a C64.  One of the better ones I have tried for Windows is called CCS64  another good choice is VICE. VICE has emulators for Linux, OSX, Android and Windows. Personally I prefer CCS64 it runs very well on my Windows workstation and most games run great.

There are even emulators that will run in a browser. Check this out http://codeazur.com.br/stuff/fc64_final/

Where are all the games at?

Odds are all your 5 ¼” floppy disks have become unreadable, weather it be from a failed 1541 disk drive, or just age. Your going to want some software to run on your Commodore 64 emulator.  CoolROM.com  has a huge selection of ROM files you can download and enjoy. Many of these titles are defunct and you should not get in trouble for downloading them, however keep in mind some may still be under some type of copyright so use caution as not in infringe on a copyright.

A walk down memory lane.

Here are a few vintage Commodore advertisements for your viewing pleasure 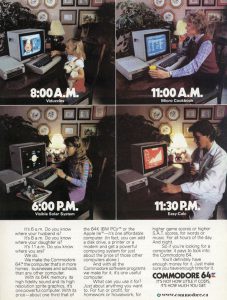 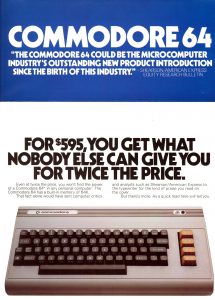 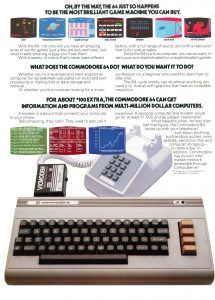 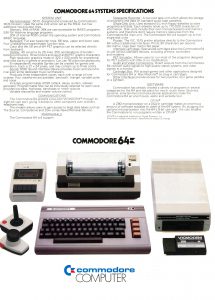 The Commodore may be long gone and we may never see another device quite like it. In 1982 it was a revolutionary piece of hardware, kind of like the smart phone of today. 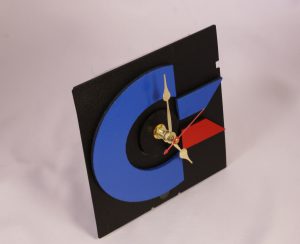 One Reply to “Weekend Project – Repairing & Emulating the Commodore 64”