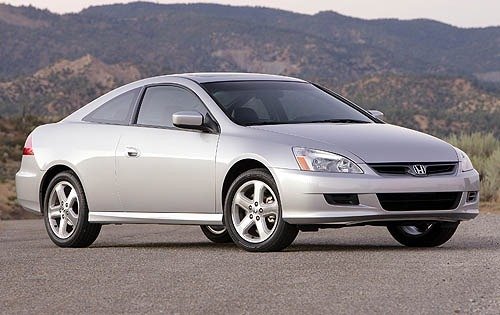 My 18 year old son is driving a 2007 hand-me-down Honda Accord coupe and last week he came home and said, DAD – HELP! My trunk wont open. I immediately said did you overload the trunk with your hockey equipment and one of the bag straps get caught in the striker? He said no way, it opened at the hockey rink when I put my bag in the back, but now its stuck.

I initially tried pulling up on the trunk lid, even slid a crowbar in between the lid and the bumper (yes I know dumb move, but hey its a 12 year old car so its already scratched). I could here the electric solenoid trying to pull the lock open and we even pulled the manual release from up front. NO JOY. Its a good thing the back seats fold down in this car because we were able to gain access to the trunk and remove most of the contents. Finally my son was able to hit the emergency release on the latch and POP the trunk opened.


WHY DID IT FAIL?

I ‘m not sure exactly why it failed, but it appears that some of the plastic parts may have worn down over the years causing them not to contact the metal clip that actually releases the trunk, anyhow a replacement needed to be purchased and installed.

WHAT PART DO I BUY?

I noticed there were a couple of different part numbers for this generation Honda. (double check yours to be safe)

The part pictured above should fit 2003-2006 accords and runs about $70. Click here for a link to Amazon

This is the actual part I used for my 2007 Honda Accord. Why two different parts for the same generation? I have no clue. All I know is it was $5 more for this one – Click here for a link to Amazon

Once you have the trunk lid open (which was the hard part) this will be one of the easiest repairs you have done on a car. There are two items to remove, first the electrical connector on the electric release and then the steel cable from the manual trunk popper.

In the two images above you can see the the removal process. To release the steel cable, first gently pull the white plastic grommet from its holder, then slide up the steel knuckle finally pull away releasing the cable. The electrical connector is even easier, just push the release and gently pull away.

To remove the entire locking mechanism from the trunk you will need a 10mm socket and ratchet. Remove the two 10mm screws and the entire part should come off easily. (See Image below)

Once the part is removed, simply follow the steps in reverse to reinstall. Test and you should be good to go.

Thanks again for reading my blog,