Yesterday I spoke about the different “i” series processors offered by Intel and compared them to various model cars from economy to performance. Today I want to talk about the different types of SATA hard drives you might come across when purchasing a new PC or portable backup drive. I don’t want to talk about brand specifics, but rather what kind of performance you can expect out of the different types of disks. I’m a bit of a Western Digital fan boy so I am going to focus on their hardware, however the information in this post would hold true for just about all hard drive manufactures. 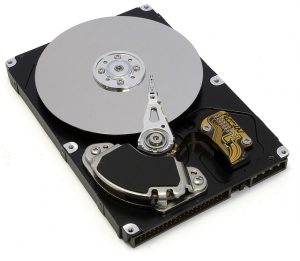 Since its inception in 1956 hard drives have been mostly mechanical devices. Only until recently have SSD (solid state drives) become more main stream and I will talk more about that later. A mechanical hard drive consists of a spinning platter driven by a motor and a magnetic read / write head that can change a microscopic spec on the platter from a positive to negative charge and vice versa. The spinning disk in your computer right now is filled with 0’s and 1’s and when read back from the disk is converted to 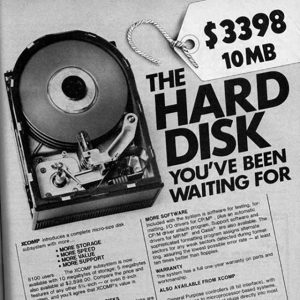 data. Our pictures, videos and word documents are just a sequence + or – magnetic fields. Amazing!

Depending on the type of drive and its specification will determine how fast it can read and write our files. Mechanical spinning disks are rated at rotation speed, how fast the drive can spin the platter. Faster rotation speeds can equate faster data transfer.

One of the slowest rotational speeds is 5400 RPM.  Drives of this type are fairly slow at moving data and disk intensive applications could have performance issues. So why sell such a slow disk? A drive spinning at 5400 RPM tends to generate less heat and places less wear and tear on the drive motor bearings. This will increase the drives longevity, especially in applications where the drive is in 24/7 operation or harsh conditions. A good application for these drives would be a video surveillance product, cable box DVR, or network attached storage. (as long as you are not writing too many video streams simultaneously in HD resolution) These drives trade performance for longevity and reliability. 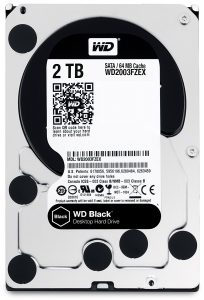 The most popular of the hard drive types is the 7200 RPM rotational speed. These drives are found in your desktops computers and some lower end server models. Within this speed class drive manufactures tend to make different types of drives to increase performance. In relation to Western Digital their Blue line of drives offer a great value for their performance vs cost. At $49 for a 1TB you can’t beat it. Gamer’s and power users may want to spend a few extra bucks and move up to the Black line of drives.  Black drives use techniques to speed the reading and writing to the disk by adding additional memory and more processing power to the drive.  Finally, if your running a server on the cheap and need storage Western Digital makes a great Gold series drive. These drives feature even more cache to increase performance and are supposedly the most reliable of the bunch, but at twice the price. 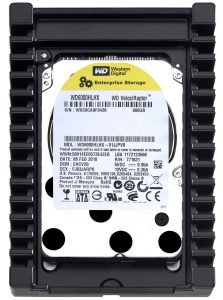 Just a quick mention here, the 10,000 & 15,000 RPM drives are usually for enterprise and data center applications and you wouldn’t normally find them in your workstations. However, Western Digital did produce a drive called the VelociRaptor (which is still available 600GB $99.00 most likely new old stock) These drives offer superior performance at a much higher cost per GB, plus they are power hungry and run very hot. Just look at the image of the drive to he left, it comes mounted in its own giant heat sync! For the most part these drives are no longer manufactured for desktop use. 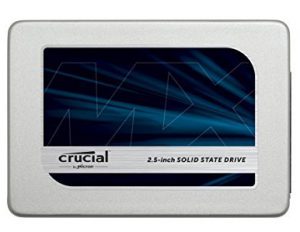 Solid state drives have no moving parts and are in general better than spinning disks. So why doesn’t every computer have an SSD drive? Cost! SSD’s cost much more per MB than the traditional 7200 RPM of the same size.  Just to give you an example a 1TB SSD is about $289.00 as compared to $75 for the spinning disk equivalent.  SSD rives are considered more reliable and are much better performers than their spinning equivalent. However SSD drives do have a finite amount of write cycles and have the possibility of eventually wearing out. Under normal use SSD’s drives should out live the useful life of the workstation without fear of failure.

RELATED READING: My SSD is broken! Now What?

Performance (video rendering, games)
Western Digital BLACK 7200RPM
I have used smaller Black drives and they have never let me down.

Performance SSD
Cruical MX300 1TB SATA drive $289.89
I own a smaller capacity one of these and highly recommend it

What to do with an old hard drive? MAKE A CLOCK!