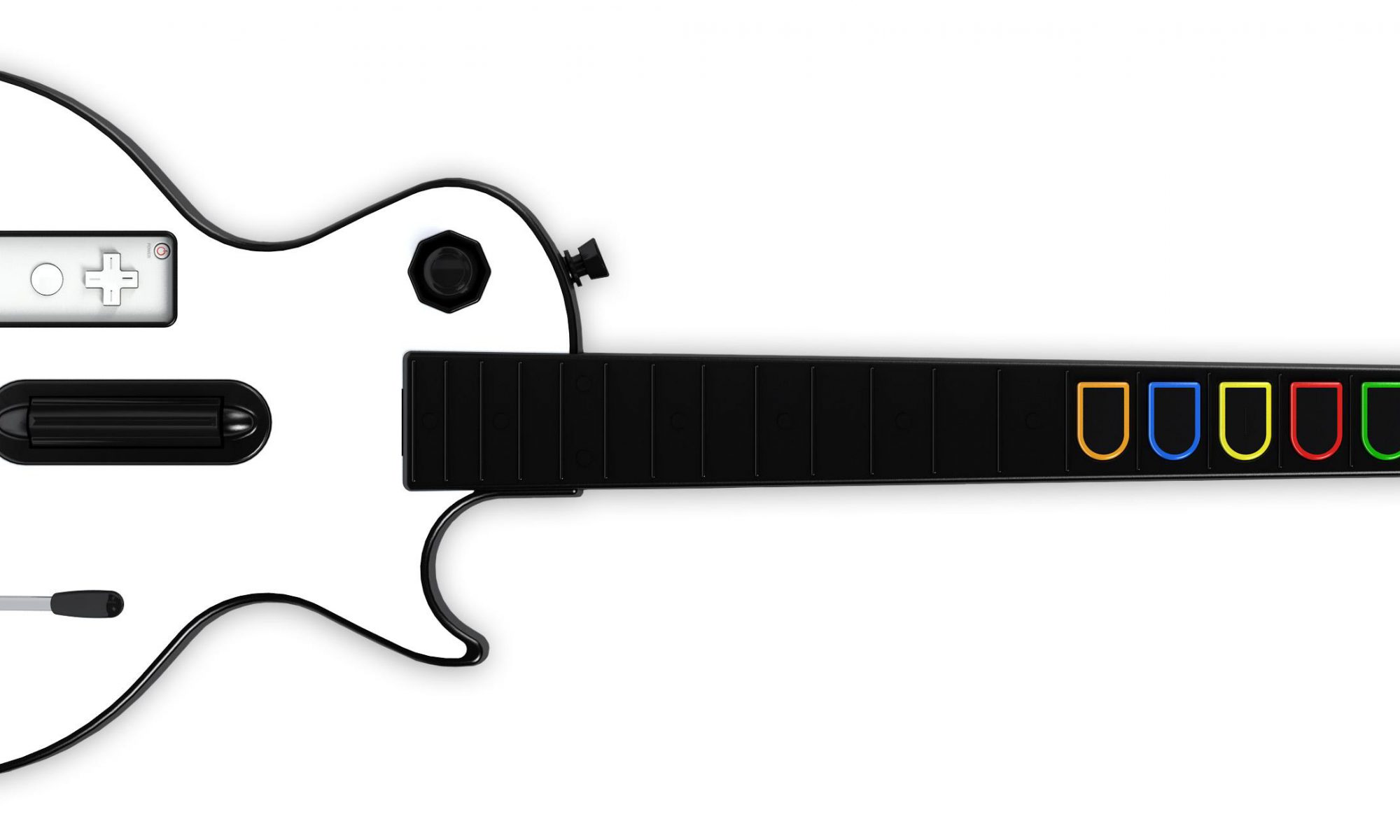 As you can see from the image, the connector from the guitar to the Wii was broken preventing the unit from working properly. The connector on the guitar is the same as the Wii Nunchuk and I decided to sacrifice an old Nunchuk to save this guitar.

The first step is to remove the neck of the guitar. I am assuming in order to make the guitar easier to ship Activision broke it up into two pieces for logistics. Once the neck is removed start looking for screws. Remove all the screws on the back to remove the back cover.

If your Guitar Hero is like mine, you will find the connector soldered to the controller board. If your like me and worry that you are going to damage the board with the heat of the soldering iron,  just cut the wire a little bit above the break.

Remove all the screws from the Nunchuck and liberate the connecting wire from the system board. I believe the Nunchuk has the special Nintendo “tri-wing” screws that they love to use. You can brute force the controller open or simply cut the wire. I opened mine because I wanted to check the wiring color code and make sure that the pin-outs between the nunchuck and the Guitar Hero guitar were a match. You can skip this step because I verified the color code is the same. 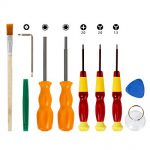 If for some reason you would like to see what makes a nunchuck tick, pickup this tri-wing screwdriver at Amazon, only $12.00

Its time to put your soldering skills to good use, strip the wire on the nunchuk and the Guitar Hero and solder each color one at a time. Be sure to use electrical tape or some other type of insulator to protect the solder connections from shorting, and give more strength for longevity. Take your newly soldered bundle of wires and tuck them under t

he circuit board. Next route the wires using the previous strain relief and run the connector through the hole

(where the Wii remote goes). Re-install the screws you removed and put the entire Guitar Hero Guitar back together. Give yourself a pat on the back for a job well done and saving some cash for not needing to purchase a new guitar.

If you don’t want the trouble of making this repair and want to pickup a new Guitar Amazon has them available. 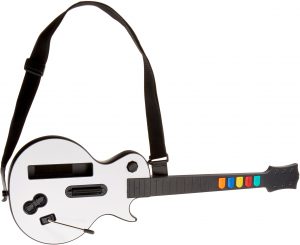