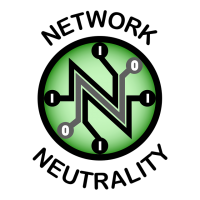 If you watched John Oliver’s Last Week Tonight on HBO this past Sunday you would have seen his amazing rant about the proposed changes to FCC rules regarding how they classify Internet Service Providers. In a nut shell if FCC rolls back the Obama era legislation the ISP’s will no longer have to follow any Net Neutrality rules.

Be sure to visit the page GOFCCYOURSELF.COM

What exactly is “Net Neutrality” 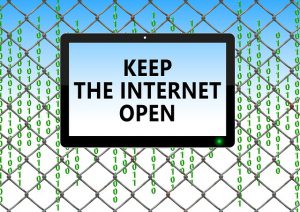 John did a great job explaining the concept behind Net Neutrality,  however I will explain it again in my own words. I’m a Verizon FIOS customer as well as a Netflix customer. Under the current law Verizon has to treat Netflix traffic the same as any other network traffic entering my home. Sounds fair?

Now imagine a world where Verizon slows Netflix down to the point where my picture quality is poor or even unwatchable, however at the same time Verizon’s on demand service gets a boost.  Sound fair now?

Let’s take it one step further. Verizon has a partnership with Target and gives Target preferential bandwidth over Amazon or Walmart, maybe they even block other shopping sites forcing you to only view Verizon approved sites. The sites might have to pay a toll to each ISP to get preferential treatment, this behavior would destroy any kind of internet innovation and basically kill any chance a small startup has to make it in today’s online ecosystem. “Pay to Play” is not the way to go.

What Can I do?

The Internet is a place that should be free and open to all. There should be no special treatment based on how much you can pay or what alliances you can make with service providers. Take this fight to the FCC gofccyourself.com and write your local government officials.