I was helping clean out some old paperwork in my grandmothers basement and came across these United Profit Sharing Coupons. On the surface it would appear you collect the coupons which are issued for making purchases and then redeem them for items you want out of a catalog. I was curious how it worked exactly and decided to do some research. 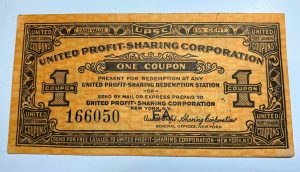 United Profit-Sharing Corporation was based in New York city at 44 West 18th street.  I’m not sure when they opened, but I believe they operated from the 1920’s to the 1950s. The idea was quite simple, strike contracts wi 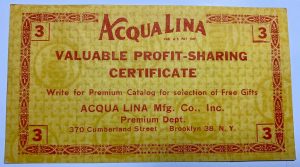 th product manufactures to include coupons with their products and then allow the consumers to visit redemption stations or mail the coupons in for their reward. For example, buy a pack of gum, and receive a coupon worth X points.

How did they make money? 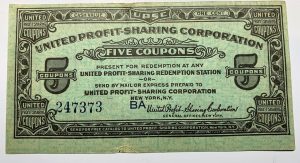 they do it? A company such as Wrigley’s gum would include a coupon with their product. The coupon could have a value of  1 to 5 coupons. Wrigley’s would only pay a fee to United Profit Sharing Corp if the coupons were redeemed by the consumer. Back in the 20’s the going rate was $3 per 1000 coupons.  From what I could surmise over 1.2 billion coupons were redeemed. That would make United Profit Sharing over 3.5 million dollars in revenue. Not bad for the

What could you get?

Turn in your coupons for lots of great stuff 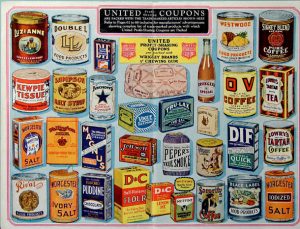 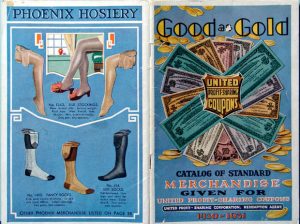 A great idea – consumers buy more of your brand because they want the coupons to redeem for “stuff” and United Profit Sharing takes a cut for facilitating the transaction.

The coupons even had a cash value listed and you were able to trade them for cash rather than a product, you would NEVER see that type of transaction in this day and age.

I have a few sets of these coupons for sale on my website. If you’re interested in owning a piece of history stop by before they sell out. Each lot comes with 4 styles of coupons 3 examples of each.

Thanks for reading my blog!
-Joe

Don’t forget to stop by my online store www.geekgearstore.com