The world has gone crazy for the SUV sport utility vehicle, and car manufactures are happy to churn them out by the millions. The only problem with true SUVs is their fuel economy. The SUV has been around since the 1970s but didn’t really catch on until the late 1980s early 90s. Ford and General motors had a great idea, lets cover the back of one of our light pickup trucks and the SUV was born!

In the early years the Chevrolet Blazer and Ford Bronco ruled the SUV market, but as time went on these trucks got a bad wrap. They were extremely inefficient and as we became a more earth “friendly” society the rest of the world shunned their noses at the “fat” Americans with their stupid SUVs.

When we look at the SUV market today more then half of the units sold are compact crossover SUV’s. The crosover is simply a tall car. Its based on  a car design, rides more like a car and its efficiency is similar to a car. So my question is whats the point?

Lets take a brief look at the Honda HR-V 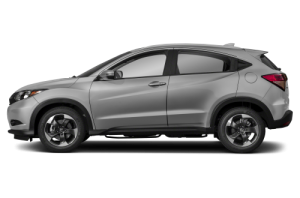 If you’re just comparing the style, these compact crossover SUVs are simply the hatchbacks of 20 years ago. I’m sure the Honda is 1000 times safer than any car made in the 80’s plus the amenities in a modern car are incredible.

We have done so much to make our cars better in the last 20 years, however I believe other than the safety equipment a lot of it is a waste. Cars of today have more horsepower and perform so much better, but look at all the extra weight they are carrying around because we love our infotaiment system, power motors and actuators on EVERYTHING and just plain BULK! I know the EPA has changed the way they do their fuel economy numbers, but you have to admit the Chevette’s economy would fit in just fine it today’s fleet.

** I know this article is just a silly rant/comparison but WAKE UP people. The auto manufactures are not selling you anything new. The SUV, and crossover may be here to stay, but guess what? They have been here all along!!